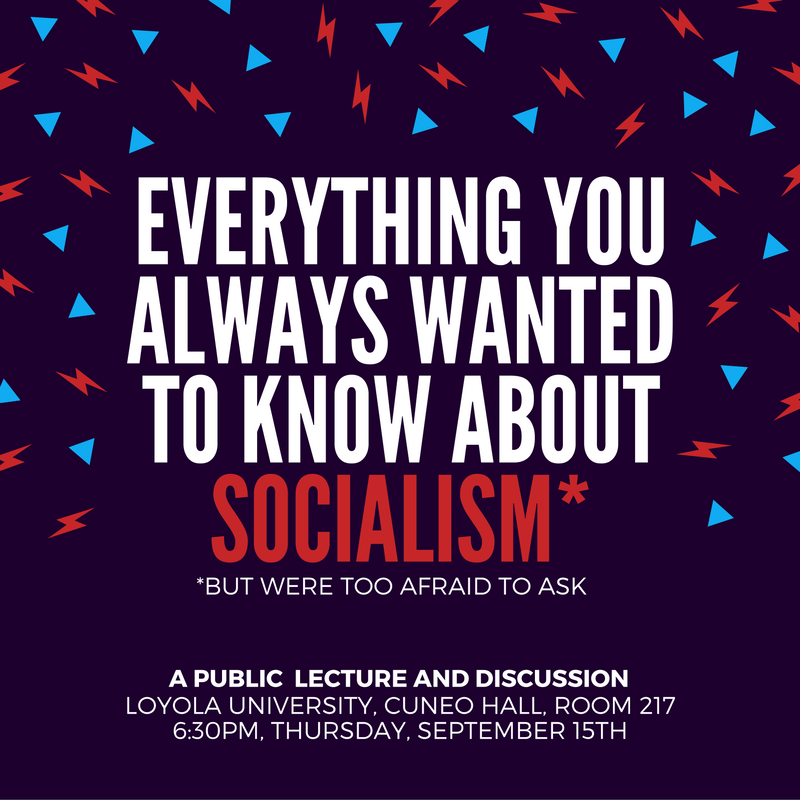 Are you curious about the “S” word? You’re not alone. A number of recent polls show that young people (18-30) are more positive about socialism than they are about capitalism. And, of course, voters under the age of 30 turned out in droves to back Bernie Sanders, a self-described socialist, a few months ago. But what exactly is socialism? How do we get from here to there? And what role can student activists play? 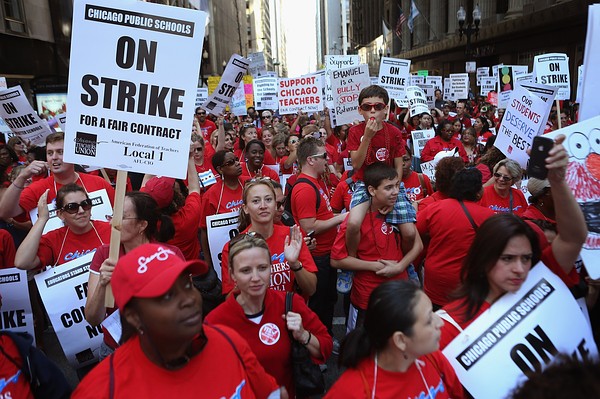 by Lee Sustar (via SocialistWorker.org)

THREE YEARS after their strike defeated an attempt to gut their contract and further entrench the corporate education deform agenda in city schools, Chicago Teachers Union (CTU) members could soon be walking the picket lines again.

Like last time, a Democratic mayor, Rahm Emanuel, is poised to cut jobs and pay and gut classroom resources. But now they face a Republican governor, Bruce Rauner, who is seeking to crush the union outright.

CTU members–who in December voted by an overwhelming 88 percent margin to authorize a strike–vowed to walk out as early as April 1 if Chicago Public Schools (CPS) unilaterally pushed more pension costs onto teachers.

CPS backed off its threat–for now–after the union began preparing for an unfair labor practices strike. But the school board claims that unless the CTU makes major concessions, it will be compelled to take this step as a result of a budget deadlock in the state legislature, a squeeze on Chicago city finances and a long-running fiscal crisis at CPS itself.

The CTU–which is still planning protests for a day of action on April 1–counters that CPS is “broke on purpose.” The union points out that the district began the current school year with a $1 billion deficit as a result of the decades-long tax dodge by big business; a push for expensive, nonunion charter schools; and high-interest loans to CPS that benefit the big banks at the expense of kids. If CPS unilaterally imposes higher pension costs on workers, the CTU has stated that it will invoke its right to strike against an unfair labor practice.

A strike over a new contract could still come this spring or in the fall if no agreement is reached. The CTU has been working under an extension of the old contract, which expired in June 2015.

Emanuel and Rauner–whatever their own differences–are both targeting the CTU, presenting the union with one of the greatest challenges in the organization’s 79-year history.

Even so, the CTU can still prevail if it builds on the public support it won in the 2012 strike to lead a wider labor-community fight against sweeping budget cuts in education and across the public sector–this time making the fight against racism and inequality even more prominent. A solidarity meeting for the CTU, set for March 9, will focus on many of those themes.

With Emanuel still reeling from the disclosure of a video showing the 2014 police murder of Laquan McDonald and Rauner saddled with popularity ratings that show a majority of Illinois voters disapprove of him, the CTU can rally popular support behind a program of challenging austerity and taxing the wealthy to pay for schools and social services.  END_OF_DOCUMENT_TOKEN_TO_BE_REPLACED 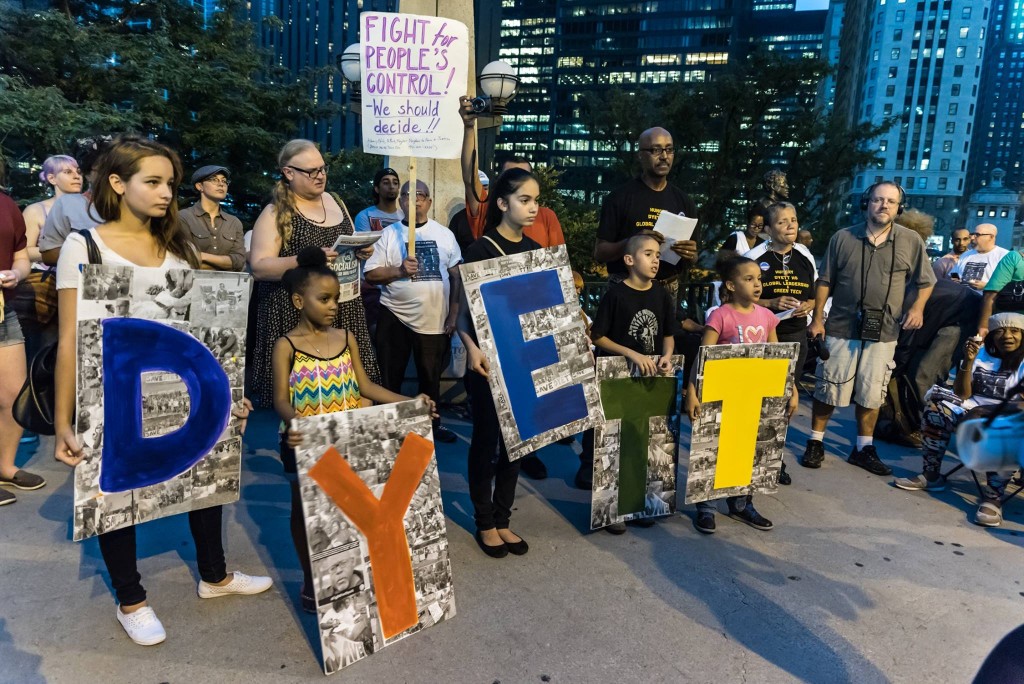 City officials offered a deal to the hunger strikers at Dyett High School, but that only strengthened their resolve.

THE WORDS of James Weldon Johnson’s “Lift Every Voice and Sing” echoed down Drexel Avenue on Chicago’s South Side on the mild summer evening of September 8. Down the street from the Chicago home of President Obama, the Dyett hunger strikers and their supporters, holding candles in the deepening darkness, shared this song that is often called the Black National Anthem:

Lift every voice and sing
Till earth and heaven ring
Ring with the harmonies of Liberty;
let our rejoicing rise,
high as the listening skies, let it resound loud as the rolling sea
sing a song full of faith that the dark past has taught us,
sing a song full of the hope that the present has brought us;
facing the rising sun of our new day begun,
Let us march on till victory is won.

It was an opportunity for the hunger strikers and their supporters to reflect on the centuries-old African American struggle for freedom and their role in the struggle–Day 23 of the hunger strike to create the Walter Dyett High School for Global Leadership and Green Technology at the now-closed Dyett High School building in Chicago’s Washington Park. END_OF_DOCUMENT_TOKEN_TO_BE_REPLACED